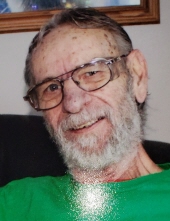 A Memorial Service will be held at 4:00 p.m. on Friday, January 27, 2023 at the Maurina-Schilling Funeral Home in Abbotsford. Family and friends are welcome from 2:00 until time of service Friday at the funeral home.

Vern worked for Walter Brothers in Holcombe and the past ten years was working at Colby Metal. He loved fishing, especially for walleye and musky, hunting, golfing, camping, gardening and woodworking. Vern also loved spending time with his family and friends.

He is preceded in death by his parents.

Vern’s family would like to thank the staff at CTU at Aspirus Wausau Hospital, especially, Renae and Dr. Reinhart and team.