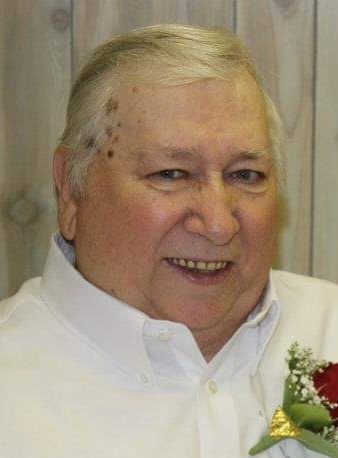 On Monday, January 9, at 11:51 pm Gordon George Mathews, loving husband and father, passed away at age 82 at Rennes Health and Rehab Center in Weston. Gordon slipped into eternal slumber surrounded by family and his loving wife of 61 years. His devotion to family and firm belief in God supported him during his illness and ultimately gave him peace.  He is dearly missed by his loved ones, who celebrate that he is at peace with his creator.

Gordon “Gordy” was born on August 8, 1940 to George and Irene (Turvey) Mathews where he grew up in the Little Black Township. Gordon was baptized and confirmed at Zion Lutheran in Stetsonville, later transferring to Immanuel Lutheran in Medford as it was closer to home. He attended Medford Area Schools graduating with the class of 1958.

September 16, 1961, Gordon married Jane Krug at St. John’s Lutheran Church in Withee. They would go on to be blessed with six children, 14 grandchildren, and two great grandchildren. Family was important to Gordy, and he took every opportunity to let his children know how much he loved them and how proud he was of them. At family functions you would often see Gordy looking around the room with love and pride at the kids playing, people yelling at the game on the TV, as well as the other chaos that comes with a large family. Along with spending time with his family, Gordy enjoyed watching sports on TV and teasing his wife about her Hallmark shows.

“Work, Work, Work” was Gordy’s mantra and up until his health forced his retirement, he did just that. The family farm was always a large part of his life. He also worked in the slaughterhouse, drove cattle to the stockyards and was co-owner of Mathews Implement.

Gordon was proceeded in death by his parents, George and Irene, as well as two brothers, Lynn and Harold.

Visitation 9am-11am. 11:15am Funeral service with meal and celebration of life to follow, held at the Immanuel Lutheran Church located at 420 Lincoln Street, Medford on Saturday, January 28. Pastor David Spaude will officiate the service.