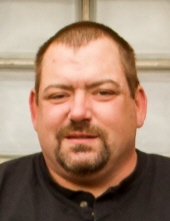 Larry was born to Steven and Patricia (Motte) Klinger August 17, 1975 in Medford.

He married Kelli Bacholl July 21, 2004 and had two children. They were later divorced.

Larry worked at Marathon Cheese, County Market and had other part time jobs.

Larry loved to tell jokes and play pranks or two to make everyone laugh.

He was preceded in death by Grandfathers Jack Motte and Roy Klinger. Great Grandparents Ben and Francis Lange - Otto Sr. and Alma Klinger.

Mid Wisconsin Cremation Society is assisting family at this time.  Online condolences may be expressed at MWCS.WS