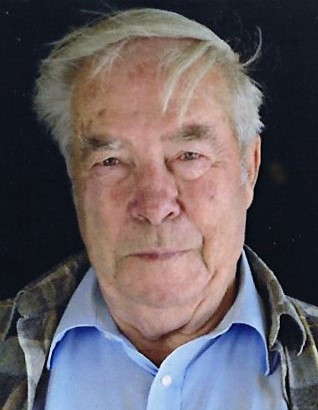 Roger Daleiden Sr., 87, died surrounded by loved ones while in Hospice care in Dunedin, Florida on November 20, 2022.

Roger was born to Herman and Florence (Etzel) Daleiden on December 9, 1934 in Milwaukee, Wisconsin.

Roger graduated from Messmer High School in 1953, and began working with Gettleman’s Brewery in Milwaukee where he met his wife, Maureen Kuckkahn. They started their family in Cudahy and later moved to Wausau where they raised five children: Roger Jr. (Mary Jane), Madison; Liza (Shane), Medford; Timothy, Wausau; Stephanie (Cindy), who preceded him in death in 2004; and Kristina (Aaron), Madison. They also mourned the loss of their infant son, Joseph, in 1971.

Roger was a true entrepreneur who ran numerous businesses over his lifetime. In 2003, he “retired” to Florida where he continued to build friendships and dreams, and in his words, “the only ice he needed to see was in his glass.” Roger will be remembered as an independent spirit with an incredible work ethic, who rose at dawn to enjoy walks with the family dogs before starting his day. His feisty nature belied his deep generosity, and he was never shy to buy a round of beer for friends and strangers. Those who were close to him will be comforted with memories of trips to Lake Tomahawk for picnics, swimming, and fruitless fishing, yelling at the Packers on Sundays, and trying their best to beat him at 8-ball.

Whatever Roger decided to do he did with his whole heart; winning trophies for pool, bowling, and trap shooting, with his characteristic sense of humor. In his last years he could be found reading by the beach in Tarpon Springs, Florida, checking in with family and friends, and going out for ice cream cones despite his doctors’ advice. He was a devout Catholic who attended mass regularly and always derived comfort and purpose from the Church and his faith.

Memorial services will be held at St. Michael’s Catholic Church in Wausau, Wisconsin on Friday, January 20th at 10:30 a.m., with visitation for family and friends starting at 9:00 a.m.

In lieu of flowers, support small businesses and have a laugh with the ones you love.