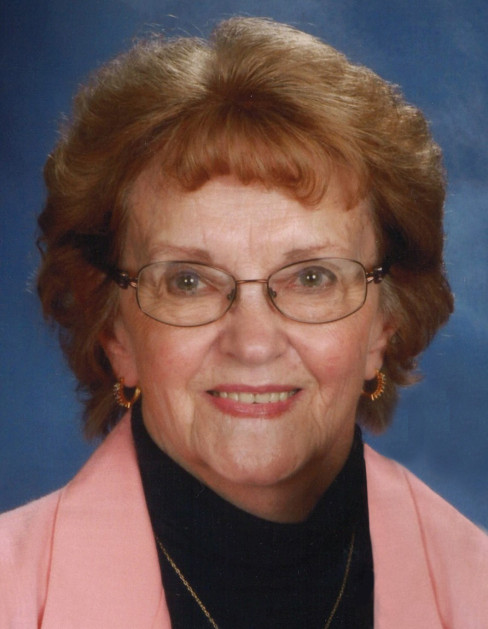 Janet Kring Schopper, 88, of Rib Lake, and recently Aspirus Country Gardens, passed away at Aspirus Medford Hospital on January 12, 2023, after a brief illness.

Janet was born at home in Lincoln County, WI, on February 14, 1934, to Lawrence and Mildred (Scheller) Johnson. She attended elementary school in Spirit Falls, and graduated in 1952 from Rib Lake High School.

On June 23, 2007, Janet married Harold Schopper, a former Rib Lake High School classmate. They spent their summers in Rib Lake, WI, and winters in Sheffield, PA. They enjoyed 14 ½ years together until his death on December 12, 2021.

Janet was a member of the Spirit United Methodist Church, and was their state Annual Conference representative for many years. She was an occasional lay speaker in her church and in other United Methodist churches in the surrounding counties. Janet’s cousin Dorothy Dettmering introduced her to Christian clowning, and one summer the two performed during campground worship services in the Tomahawk area.

An avid reader and life-long learner, Janet obtained an associate degree in psychology from the UW-Center-Medford in 1979. She worked as a youth counselor at Lincoln Hills School and as a home health aide in Price County. She also worked in her brother’s businesses, Denny’s Restaurant and The Old Towne Mall in Tomahawk.

Janet was a self-taught pianist, guitarist, and artist. She shared her talents in her church through her music, speaking, and in creating banners for display. She enjoyed singing alto in her church and area community ecumenical choir. She was perhaps best known for her oil paintings, selling hundreds of commissioned landscapes and portraits.

Janet was preceded in death by her parents, husbands, one brother Eugene, and one granddaughter.

The family is planning a memorial service to take place in the spring.

anet’s family would like to express their sincere gratitude to the management and staff at Country Garden Assisted Living in Medford, for their care, kindness and love shown to Janet during her stay there.