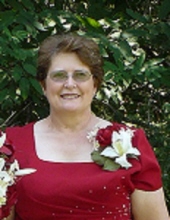 Sandra “Sandy” Jean Kralcik, age 72 of Athens, died peacefully at her home early Friday morning January 13, 2023. A time of visitation will be on Tuesday, January 17, 2023 from 4:00 pm until 8:00 pm at the Maurina-Schilling Funeral Home in Abbotsford.

Sandra was born December 6, 1950 in Marshfield, the daughter of Theodore and Sophia (Baldys) Kleparski.

Sandy was united in marriage to Richard Kralcik on November 8, 1969 at St Bernard’s Catholic Church in Abbotsford. She is preceded in death by her husband Richard on November 12, 2011.

Sandy worked at Tombstone for 29 years.

Sandy had many interests which included working in her flower gardens, watching the birds at her feeders, painting, coloring and spoiling her cat. She also volunteered with Rich for the EAA Fly In at Oshkosh for 18 years.

She is preceded in death by her parents and her husband, Richard.