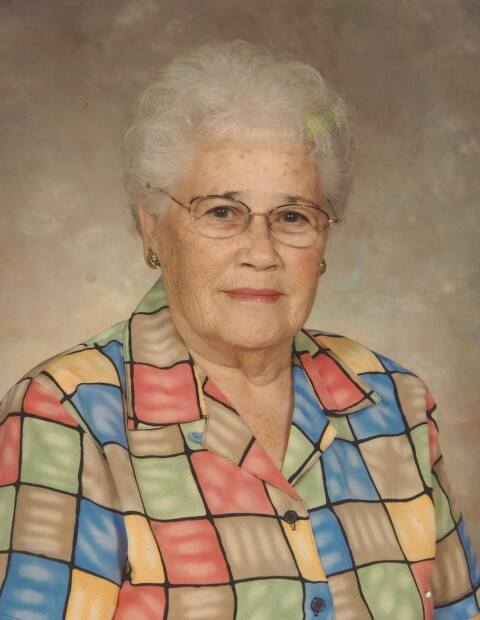 Loretta D. Dray, 94, of Medford, passed away on Sunday, November 20, 2022 after a healthy and full life.  May she rest in peace and happiness.

She was born January 18, 1928 in Chicago, IL to Arthur and Elizabeth (Csernia) Schmidt.  She attended school in Chicago and in 1949, married Leslie “Les” Dray.

During WWII, Loretta worked at a defense plant in Chicago making radios.  After her marriage to Les, she worked at Medford Memorial Hospital in their dietary department for 23 years until her retirement.

She was a member of Immanuel Lutheran Church.  She enjoyed reading, word searches, shopping, traveling, camping, being with her grandchildren, and socializing with family and friends.

She was preceded in death by her parents; husband Les in 2011; a sister, Josephine Comens; brothers, Robert and Joseph Frederick; and her daughter, Denise Staab.

A memorial service will be held at 11 a.m., Friday, November 25, 2022 at Hemer-Pickerign Funeral Home in Medford with the Rev. Daniel Iwinski officiating.  Interment will be held at a later date at Evergreen Cemetery II, Medford.

Visitation will be held one hour prior to the service Friday at the funeral home.

In lieu of flowers, memorials may go to Hope Hospice, Aspirus Foundation, or to the Medford Area Senior Center.