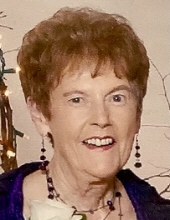 Joan Theresa Hunsader, age 83, of Dorchester, passed away unexpectedly on Tuesday, September 6, 2022 at her residence.

A Celebration of Life will be held at 7:00 p.m. on Monday, September 12, 2022 at the Maurina-Schilling Funeral Home in Abbotsford. Family and friends are welcome on Monday from 5:00 p.m. until time of service at the funeral home.

Joan was born on July 5, 1939 in Algoma, WI the daughter of Roland and Esther (Duerst) Blahnik. She was a 1957 graduate of Algoma High School. Joan was united in marriage to Richard (Dick) Hunsader on May 9, 1959 in Algoma. Dick and Joan ran the Cloverdale Cheese Factory from 1960 until moving into the Village of Dorchester in 1972. Joan earned an accounting degree from North Central Technical College and worked at Equipment Manufacturing in Dorchester for 49 years.

Joan was active in the community organizations including the, Business & Professional Women’s Association (BPA), and the Holton Homemakers Club. Joan also served as a trustee for the Village of Dorchester.

Joan is preceded in death by her parents: Roland and Esther, and her brother: Doug.

In lieu of flowers memorials can be made to the Dorchester Park Corporation.

Family and friends may express condolences online at www.maurinaschilling.com.