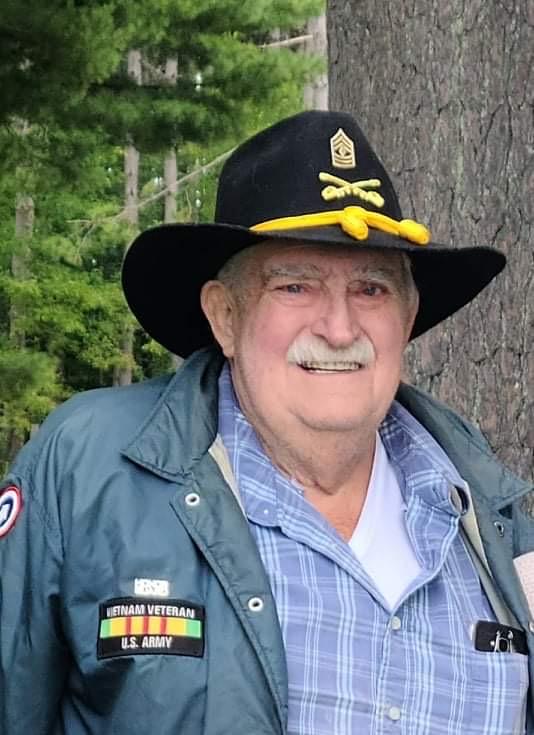 He was born on June 27, 1939 in Milwaukee the son of the late Elmer and Pearl (Freeman) Granstrom. Richard grew up south of Gilman and graduated from Thorp High. He then entered the military and served in the Army for the next 28 years. Richard fought during the Vietnam Conflict and after his time in the active military he taught classes for the government until his retirement.

Richard married Judy Anderson and they had three children together. Judy passed away and later Richard married Lydia Anderson on June 9, 2001. The couple retired in Gilman and he had been there since. He enjoyed restoring classic cars and trucks, going to car shows and parades. He loved his trains and planes and also he liked to camp and take his motorcycle out for a ride.

He is survived by his son, Wayne (Sherry) Granstrom of Apex, NC, his step daughters, Lisa (Scott) Jensen of Jump River and Sherri Meyer of Milwaukee, his grandchildren, Jeffery, Shawn, Desiree, Santara, Jake and Kelsey and one sister, Barbara (Richard) Holtz of Batesville, Arkansas.

Richard is preceded in death by his parents, his wives, Judy and Lydia, his sons, Michael and Richie (Sept. 5, 2021) and his sisters, Arlene Granstrom and MaryAnn Skripjok.

A joint funeral service for Richie JR and Richard SR will be held at Noon on Monday, January 17, 2022 at the Gilman Funeral Home. Burial will follow in Meadowbrook Cemetery-Gilman with Military Honors by the VFW. Visitation will be one hour prior to the service.