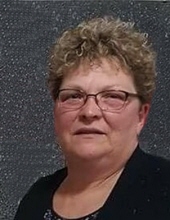 Debra “Debbie” K. Voelker, age 64, of Abbotsford, passed away unexpectedly surrounded by her loving husband and family on Friday, January 7, 2022 at the Marshfield Medical Center.

A Mass of Christian Burial will be held at 1:00 p.m. on Wednesday, January 12, 2022 at St. Bernard Catholic Church in Abbotsford. Father Michael Hayden will officiate. Interment to follow at Dorchester Memorial Cemetery. Family and friends are welcome on Wednesday from 11:00 a.m. until time of service Wednesday at the church. Family and friends are welcome to attend the services, seating maybe limited. Live stream will be available for those unable to attend on the Maurina Schilling Funeral Home Facebook page or after the service anytime on Facebook or the website. The Maurina-Schilling Funeral Home in Abbotsford is entrusted with the arrangements.

Debbie was born on May 25, 1957, the daughter of Norman and Agnes (Stoiber) Danen in Marshfield. She graduated from Colby High School. On September 5, 1981, Debbie was united in marriage to Steven Voelker at St. Louis Catholic Church in Dorchester. She was employed at Abbyland for the past 20 years.

Debbie enjoyed jigsaw puzzles and bowling with her husband in a mixed couples league. She especially enjoyed working in her flower beds at home and at the family cabin. Besides her flower beds, she enjoyed collecting metal art for her gardens. Debbie loved the weekend getaways and time with her sisters. Most importantly, she loved spending time with her family, especially her grandchildren.

She is preceded in death by her father, Norman and an infant brother, Daniel Gerard.