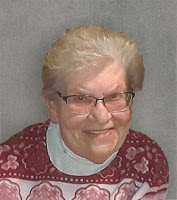 Ardis B. Clarkson, 87, of Stetsonville, passed away on Wednesday, April 28, 2021 at home under the care of Hope Hospice.

Ardis was born in Stetsonville, the daughter of Lester and Marie (Ludwig) Beyer. After graduating from Medford High School in 1951, she moved to the Milwaukee area, where she worked as a stenographer for Allis Chalmers. It was during this time she met the love of her life, Lester Clarkson. They married June 20, 1953 in Stetsonville. She also worked as a secretary for Miller Brewing Company. In 1962, Les and Ardis moved back to the area, purchasing the former Jake’s bar in Stetsonville, renaming it Les’s Bar, with her parents Les and Marie. After Marie’s death in 1966, Les and Ardis acquired full ownership of the tavern.

Les and Ardis enjoyed 63 years of marriage. Les preceded her in death on March 21, 2014. Together, they experienced many travel adventures that usually started with a car ride to an unknown location, taking them all over the US, Canada, and Mexico. They loved working together in the bar, bowling, playing cards, and hunting. She also loved to cook, sew, and read.

In 1969, a hunting accident nearly led to a tragic end. A stray bullet graze Ardis’ chin and pierced Les’ arm in the front seat of their car. This was quite an ordeal in her life that many locals recall.

After selling the bar in 1978, Ardis helped to raise funds to build the Centennial Hall in Stetsonville. She cooked and served as custodian there, until the time she purchased a second home in Winona, MN. She went to work at the St. Croix Knit Craft company, traveling back and forth to Stetsonville until 1999, when she officially retired and sold the Winona home. She then resided full time in Stetsonville.

She was a member of the Taylor County Tavern League, serving many years as a secretary and treasurer, the American Legion Auxiliary #519, and Catholic Order of Foresters.

Ardis is survived by her sister, Geraldine Geiger of Dorchester; sister-in-law Kathy Beyer of Medford; brother-in-law Don (Evelyn) Clarkson of Medford; many nieces and nephews, and special friends, Tom and Sharon Jochimsen of Medford.