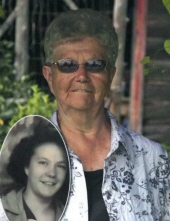 A Funeral will be Saturday, April 10, 2021 at 11:00 at Maurina-Schilling Funeral Home in Abbotsford. A visitation will be held from 9:00 a.m. until 11:00 a.m. at the funeral home. Family and friends can watch the service live on the Maurina Schilling Funeral Home Facebook page at 11:00am or after the service anytime on Facebook or the website. We encourage those in attendance to abide by the Covid-19 guidelines by sanitizing, wearing a mask (if able) and social distancing.

Ruth was born on October 25, 1930, the daughter of Henry O. and Bessie (Lingel) Dunaway in South Beloit, IL. She attended South Beloit, IL school. Ruth was united in marriage to Russell Harris on August 2, 1947 in Beloit, WI. She worked for Artcraft Homes for 18 years and was a waitress for 20 years for Mr. B’s, Severt’s Fine Foods, and Dairyland Café.

Ruth enjoyed reading, watching the game show channel, going to the casino, doing word search puzzles and was known as the scratch off queen. Ruth was the Green Bay Packers number one fan.

Ruth was a member of TOPS and the Peace United Church of Christ in Dorchester where she served on the Ladies Circle.