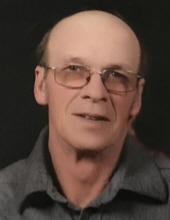 A public visitation will be held from 11:00 a.m. until 12:00 p.m. on Monday, April 5, 2021at the Maurina-Schilling Funeral Home in Abbotsford. A private service will follow with Pastor Teri Hanson officiating. We encourage those in attendance to abide by the Covid-19 guidelines by sanitizing, wearing a mask (if able) and social distancing.

Chuck was born on December 11, 1947, the son of Charles J. and Norma (Voelker) Flick in Colby. He graduated from Colby High School in 1966. Chuck was united in marriage to Gail Decker on April 14, 1973. He worked his entire life as a farmer, owning Balsam Grove Farm as a dairy until 2013. He retired and then worked side by side with his son, Tim, raising beef cattle.

Chuck enjoyed trapping, hunting, snowmobiling and spending time with his family. He was greatly loved and will be deeply missed.

Chuck is survived by his wife of 47 years, Gail; three children: Timothy (Krissy) Flick of Colby, Sara (David) Curtin of Marshfield and Crystal (Ken) Lasiuk of Wausau; five grandchildren: Trevor and Tanner Flick, Addison and Taylor Curtin and Mercedes Lasiuk. He is further survived by his one brother and three sisters: Wayne (Pat) Flick of Horicon, Carmen Hainzlsperger of Unity, Pricilla Adams of Chester, VA and Marie Peterson of Abbotsford; nieces, nephews, other relatives and friends.

He was preceded in death by his parents; two sisters: Janette Wendling and Ellen Remus Landwehr.