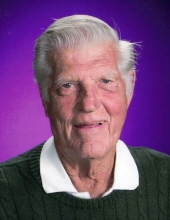 A Funeral Service will be held at 3:00 p.m. on Saturday, February 27, 2021 at Zion Lutheran Church in Colby. Rev. Chris Schwanz will officiate. The Funeral will be live streamed on the funeral home’s Facebook page or after the service anytime on Facebook or the website. Visitation with family and friends will be on Saturday from 12:00 p.m. until the time of service at the church. We encourage those in attendance to abide by the Covid-19 guidelines by sanitizing, wearing a mask (if able) and social distancing. The Maurina-Schilling Funeral Home in Colby is entrusted with the arrangements.

Reuben was born on June 26, 1940, the son of Rudolph and Vera (Frahm) Schafer in Stratford. He was confirmed on May 29, 1955 at Zion Lutheran Church in Stratford. He attended Stratford School District. On February 6, 1960, Reuben was united in marriage to Edith Krampien at St. John’s “High Steeple” Lutheran Church, Town of Wien. Together they raised their family in the Township of Hull, Cherokee Park Area. She preceded him in death on July 15, 2002. On August 27, 2005, he was united in marriage to Loretta (Nunemaker) Schultz at Bethlehem Lutheran Church, Milan.

Reuben was known by all as the musky fisherman. He enjoyed fishing, hunting, trapping and had many tales to tell. Reuben worked at Rollo Home of Marshfield and retired after 44 years at Packaging Corporation of America. He cherished his family most of all.

He was preceded in death by his parents; his first wife, Edith “Patty” Schafer; his brother, Allan, his sister Nancy Carl and his brother-in-law, John Paun.