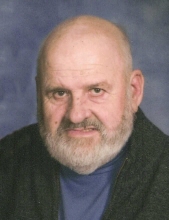 James “Jim” J. Miller, age 81, of Dorchester passed away surrounded by his loving family at the Colonial Center on Monday, January 4, 2021 under the tender care of Heartland Hospice.

A Mass of Christian Burial will be held at 11:00 a.m. on Friday, January 8, 2021 at St. Thomas Catholic Church in Milan. Father George Graham will officiate. Interment to follow at the church cemetery. Family and friends are welcome from 9:30 a.m. until time of service Friday at the church. Family and friends can watch the service live on the funeral home’s Facebook page or after service anytime on Facebook or the website. The Maurina-Schilling Funeral Home in Abbotsford is entrusted with the arrangements.

Jim was born the sixth child out of ten on July 29, 1939, the son of Joseph and Lucille (Bartnik) Miller in the Town of Holton. He graduated from Dorchester High School in 1957. On January 6, 1962, Jim was united in marriage to Patricia Pecher at St. Louis Catholic Church in Dorchester. He worked for his brother, Louis at Miller Drywall before starting his own construction business, Jim Miller Construction.

Jim liked snowmobiling, swimming, camping, fishing and hunting. He also had a hobby farm and was very creative. Most importantly, Jim cherished his family and friends.

He is preceded in death by his parents; three brothers: Louis, Joe and Leonard Miller and a nephew, Randy “Scooby” Miller.

We encourage those in attendance to abide by the Covid-19 guidelines by sanitizing, wearing a mask (if able) and social distancing.