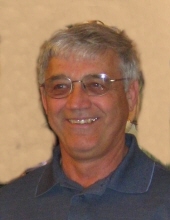 Jerry J. Prepeluh, age 77, of Owen, passed away on Tuesday, October 6, 2020 at the Homeplace in Stanley under the tender care of Hope Hospice.

A Celebration Gathering will be held from 12:00 until 2 p.m. on Friday, October 9 at the United Church of Christ in Owen. A private family service will follow. The Rev. Asafa Rajaofera will officiate. Interment to be held in Riverside Cemetery in Withee. We encourage those in attendance to abide by the Covid-19 guidelines by sanitizing, wearing a mask and social distancing. Family and friends can watch the service live on the funeral home’s Facebook page or after service anytime on Facebook or the website.

Jerry was born on February 28, 1943, the son of John and Frances (Gustafson) Prepeluh in Stanley. He graduated from Owen-Withee High School in 1961. Jerry was united in marriage to Betty Nelson at the United Church of Christ in Owen on May 7, 1966. He served in the National Guard andworked for Badger Shooters Supply in Owen and retired from Sierra Pacific in Medford.
Jerry loved hunting, especially with his family, fishing at his happy place at TP campground in Holcombe, watching the Green Bay Packers, Wisconsin Badgers and Milwaukee Brewers. Most importantly, he cherished his family.

Jerry is survived by his wife of 54 years, Betty; three children: Dan (Jodie) Prepeluh, Mike Prepeluh and Stacy (Jeff) Rasmussen all of Owen; six grandchildren: Jake, Caitlyn, Nichole, Erin, Lucas and Kayla. He is further survived by his brother, Jim (Donna) Prepeluh of Hewitt; brother-in-law, Tom Nelson (Geri) of Owen; other relatives and friends.
He was preceded in death by his parents.