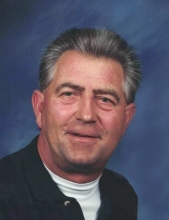 Duane “Biff” Runge, age 74, of Colby, passed away on Thursday, October 1, 2020 surrounded by his loving family at his home, under the care of Heartland Hospice.

A Graveside Service will be held at 11:00 a.m. on Saturday, October 10, 2020 at St. Mary Catholic Cemetery in Colby. Rev. Amy Heinz will officiate. Military Honors will be provided by the Unity American Legion Post #358. We encourage those in attendance to abide by the Covid-19 guidelines by wearing a mask, social distancing and bringing your own chair. Family and friends can watch the service live on the funeral home’s Facebook page or after service anytime on Facebook or the website. The Maurina-Schilling Funeral Home in Colby is entrusted with the arrangements.

Biff was born on August 3, 1946, the son of Harold and Marjorie (Hudson) Runge in Unity, WI. He is a graduate of Colby High School. After High school and a summer of working at The Mandel Cheese Factory, he moved to Milwaukee and worked with Allen Bradley Co. and Marc Knauf Construction.

Biff was inducted into the U.S. Army and was stationed in Germany during the Vietnam War. In 1970 he moved back to central WI and was united in marriage to JoAnn Will at St. Mary Catholic Church on June 20, 1970. They lived for 28 years in Unity, raising their family and “remodeling the oldest house in the village.” Biff retired after 32 years of employment from the Marathon County Highway Dept.

Biff was an avid sportsman and especially took pride in his “Hartford Buck!” He also enjoyed golfing, bowling, playing pool and fast/slow pitch softball. Biff was an enthusiastic sports fan; especially when it came to watching his kids and grandkids play sports. He had a knack for nick-naming, storytelling, and anecdotes. Biff enjoyed socializing with everyone. In the spring, he looked forward to his maple syrup hobby. He was past president and board member of the Village of Unity and member of the American Legion of Unity. Biff also was a member of the Taylor County Sportsmen Club.

Biff enjoyed driving his “Buggy” (UTV) around the neighborhood and countryside with his companion “FiFi”. He loved his children and grandchildren and was a believer that “Grandchildren were God’s gift for growing old.”

He is preceded in death by his parents: Harold and Marjorie Runge; a sister: Nancy Moede; and brother-in-law: Orvis Moede.

In lieu of flowers, a Memorial Fund has been established in Duane’s name.