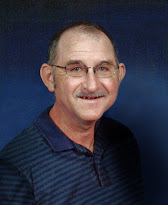 Vincent “Vince” M. Blume, 66, a Township of Holway resident died on Tuesday, September 8 at Aspirus Wausau Hospital where he had been a patient for the past 2 days.

Per his request, there will be no services.  The family plans to have a celebration of life gathering at a later date.  Interment of his cremated remains will take place at St. Mary’s Cemetery, Township of Holway.

Vincent was born on February 24, 1954 at Medford, the son of Henry and Inez (Hamm) Blume.  He attended Holway elementary schools and was a 1972 graduate of Medford High School.  His marriage took place on May 3, 1980 at St. Paul’s Lutheran Church, Medford to Lynne M. Johnson and she survives.

After his education, he served in the US Navy from 1972 – 1976 aboard the USS Kitty Hawk.  After the military, he returned to the Medford area and worked for Marathon Cheese, Parrett Mfg., Nestle and retired from Abbyland in 2016.  In retirement, he worked in organic farming.  He enjoyed the outdoors, grilling, playing with his grandchildren, woodworking, gardening, reading, hunting, fishing and John Deere tractors.

The family requests any donations be given in his name to Taylor County Libraries or Fire Departments.